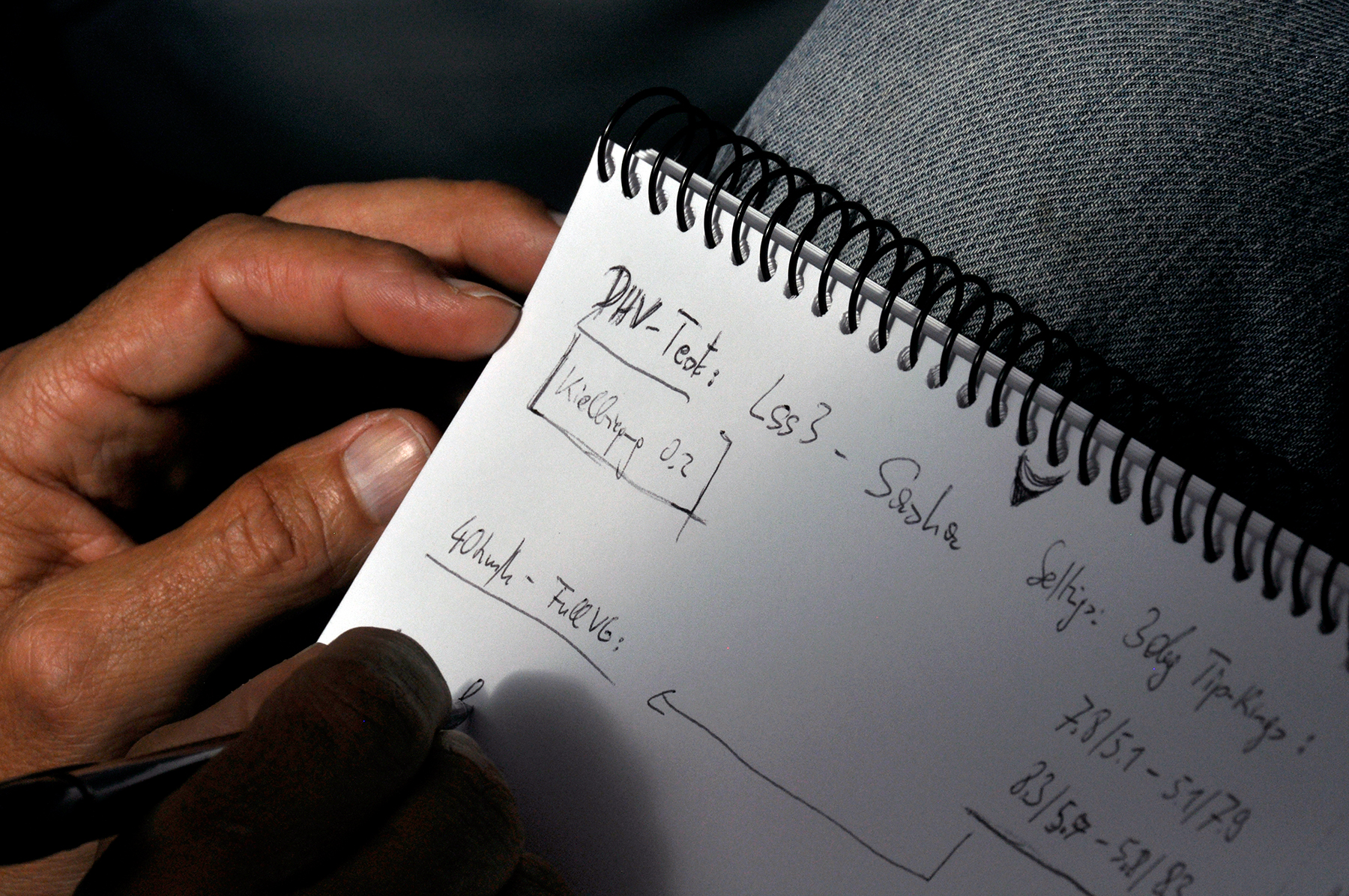 A little bit about bureaucratic side of hang gliding — certification tests.

A while ago it turned out that my Litespeed S3 needs Gütesiegel test so I could use the glider during the Women Worlds in Annecy. When Moyes issued my model they didn’t make a serial tests for pitch moments, which basically means that organizers at FAI-1 category comp cannot approve my glider as suitable for flying since they do not have references for the right dive-sticks angles. Therefore to sort it out Moyes delegated Gerolf to help me to get through the procedure of private certification, which can be done at DHV for anybody who is willing to get the official papers with the safe sprog settings. 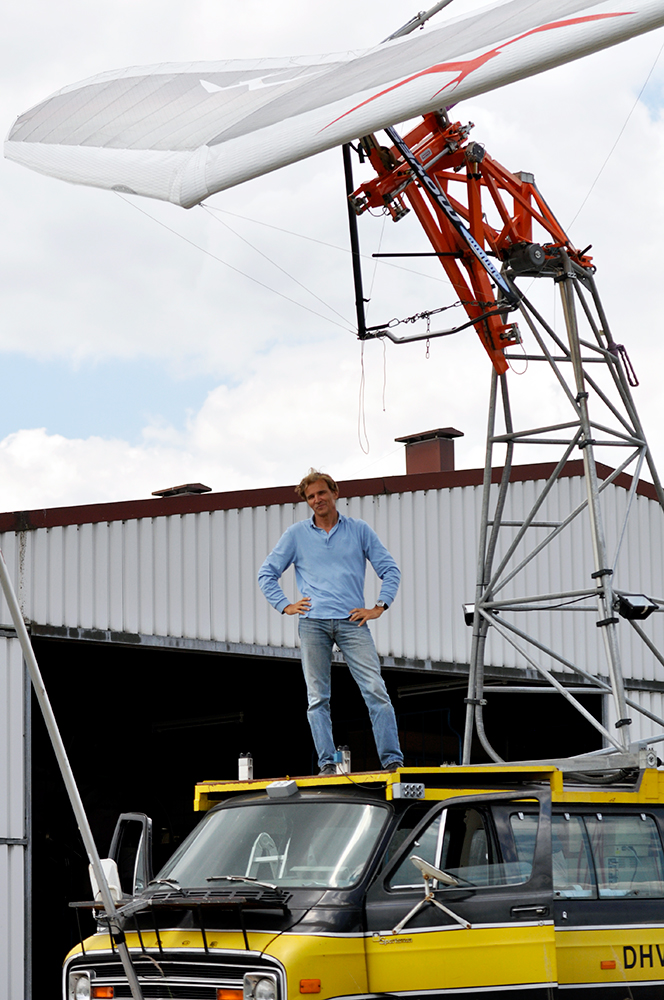 When I am writing “safe settings” here, I mean the ones that fit to CIVL rules and lay within the range of pre-defined “good” pitch moments, measured by using a nicely colored yellow-black half-witched car from last century. Mhhh…, maybe now I need to make a small remark to explain better my impressions from German Safety test system which is used today, in 2014.

Coming from academic environment, I have spent almost all my life around laboratories at Chemical Department in Moscow University, including the dark moments of 90es without budgeting the science by government and etc. Therefore I am used to see archaic kind of experimental equipment, even now, being on a position of an assistant researcher at Chemical Department I sometimes can see the traces of old times in Russia.

But I must say that I wasn’t prepared to find DHV test system in pedant Germany at such level. Maybe I am too strict here forgetting about the fact that hang gliding is not in its blossoming times though. On the other hand should I mention that the DHV certification procedure is based on the equipment, software and reference numbers which were issued 22 years ago? (I am 28, btw). How many generations of hang gliders passed since then for all the same numbers, defined back then?

A little bit of pics now. 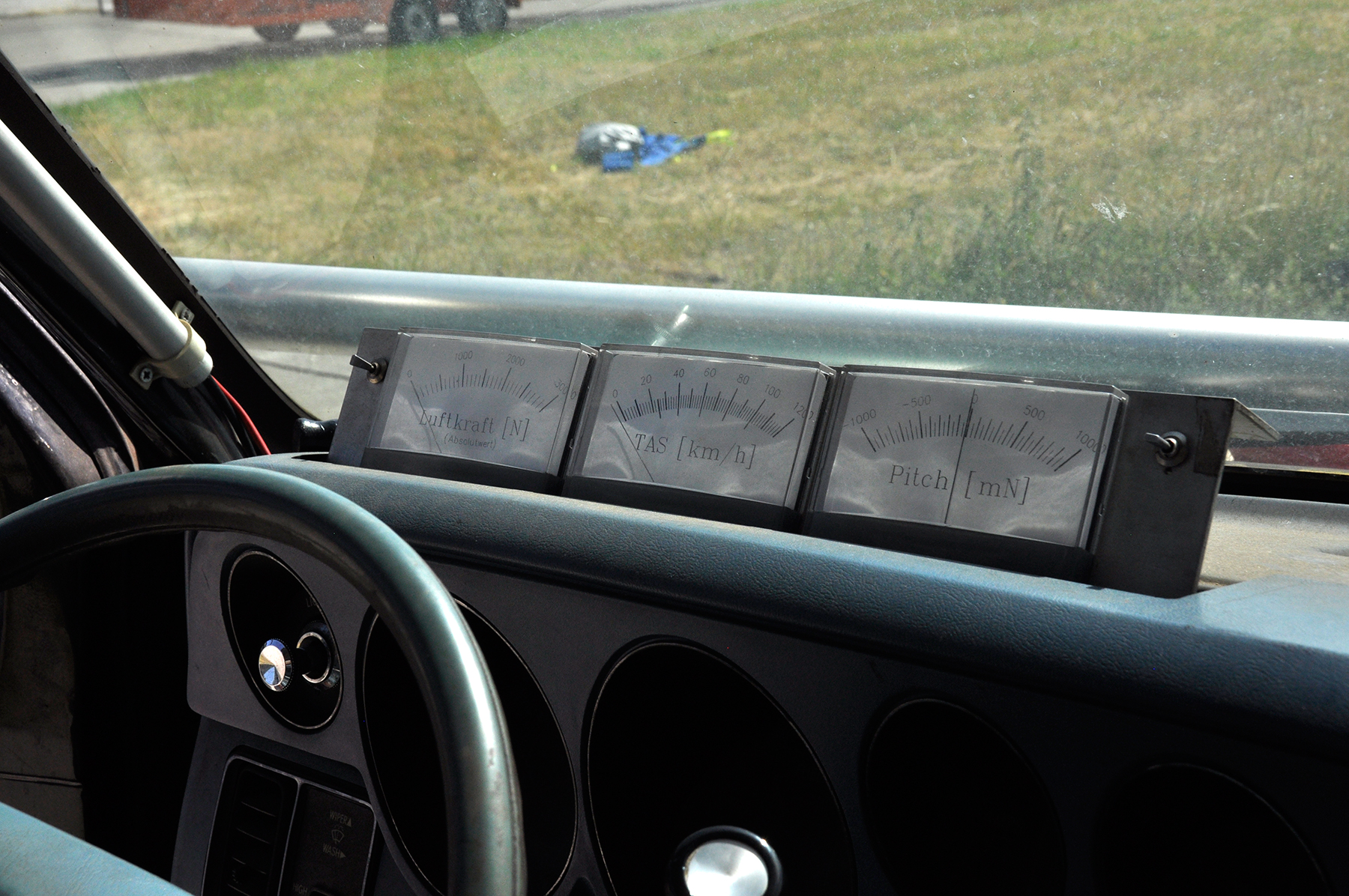 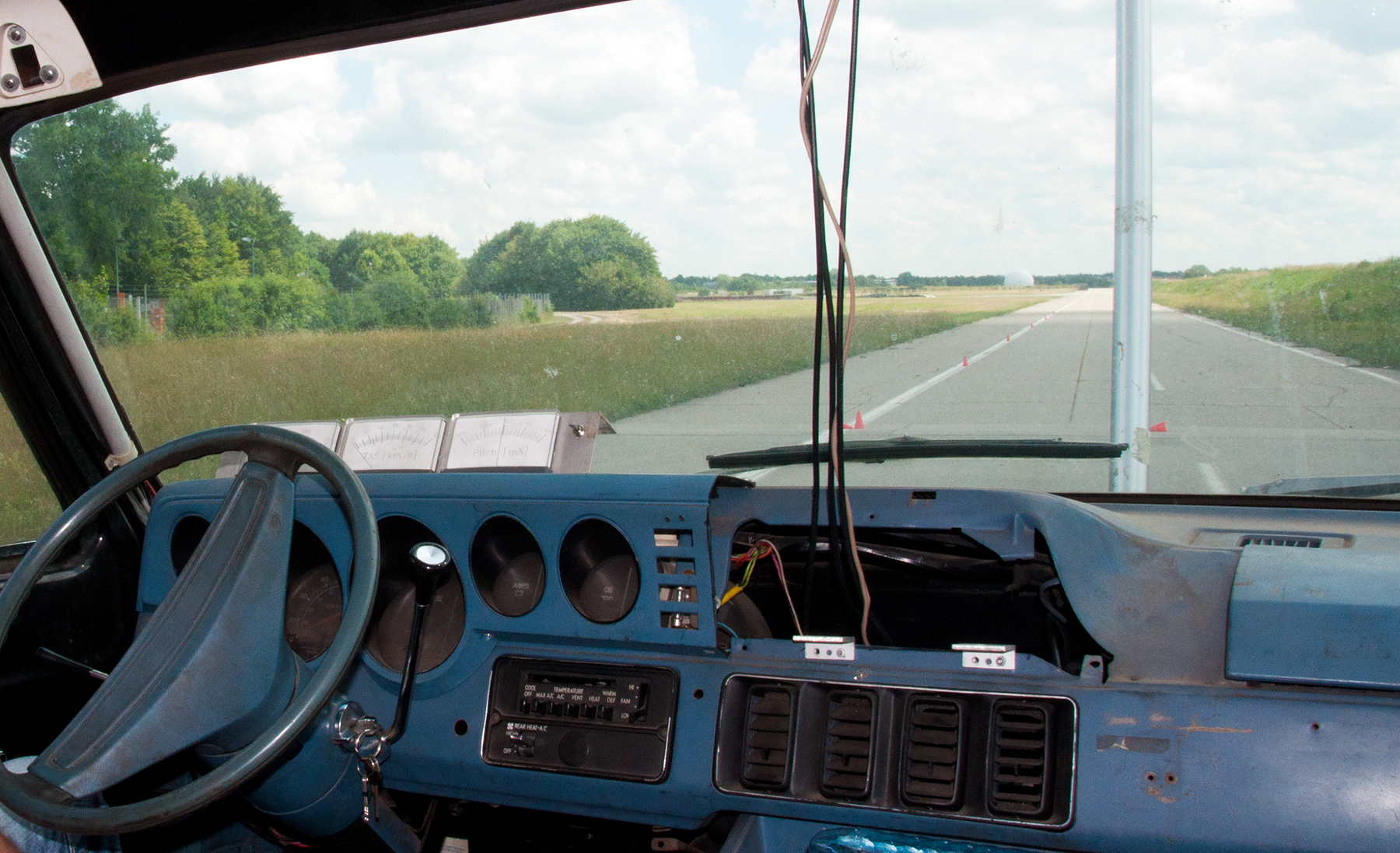 The main action is going on here, in the back of the car, with an engineer virtuously getting data using keyboard, DOS system, Norton Commander software, some paper and magnetic discs. 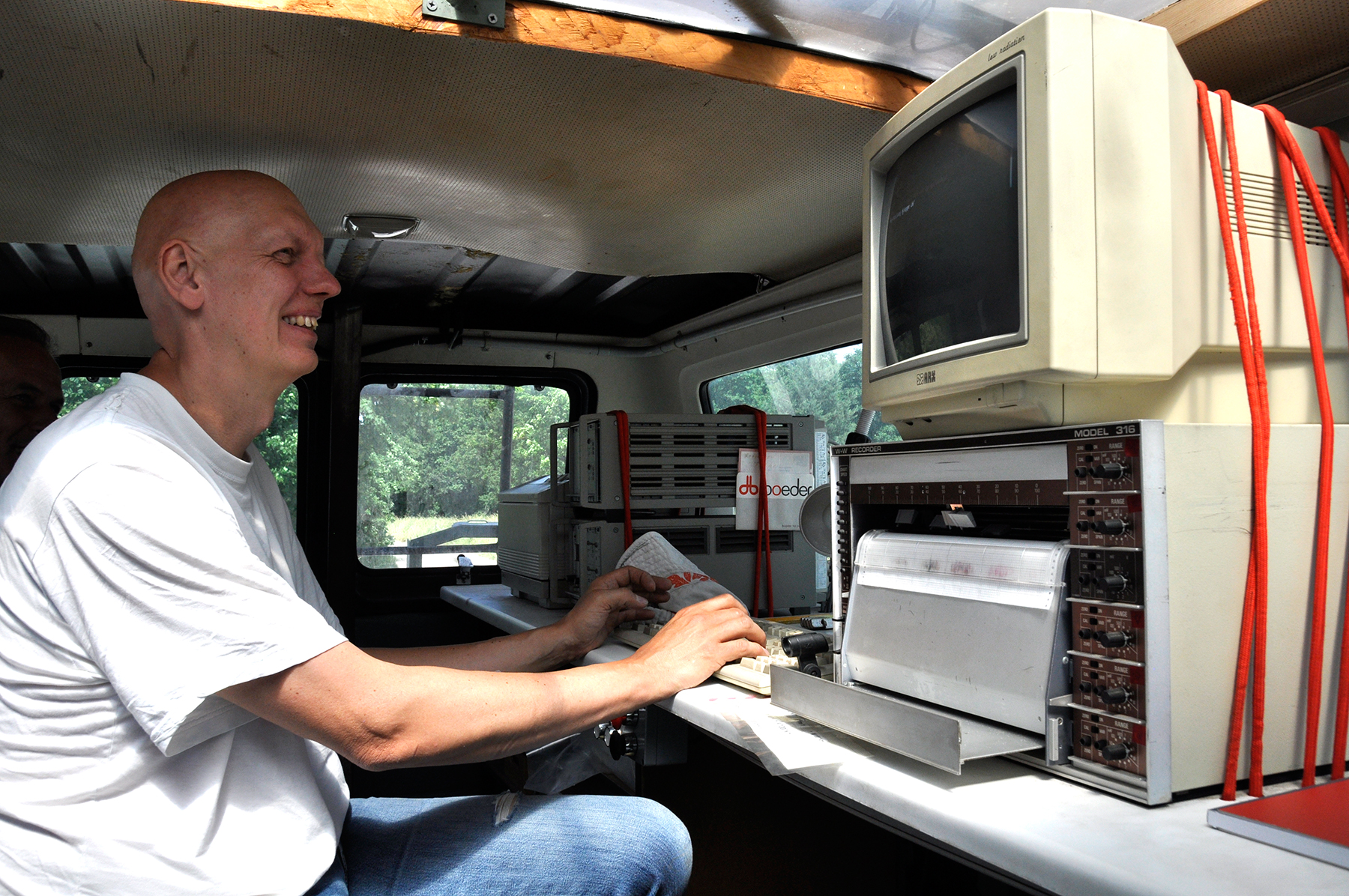 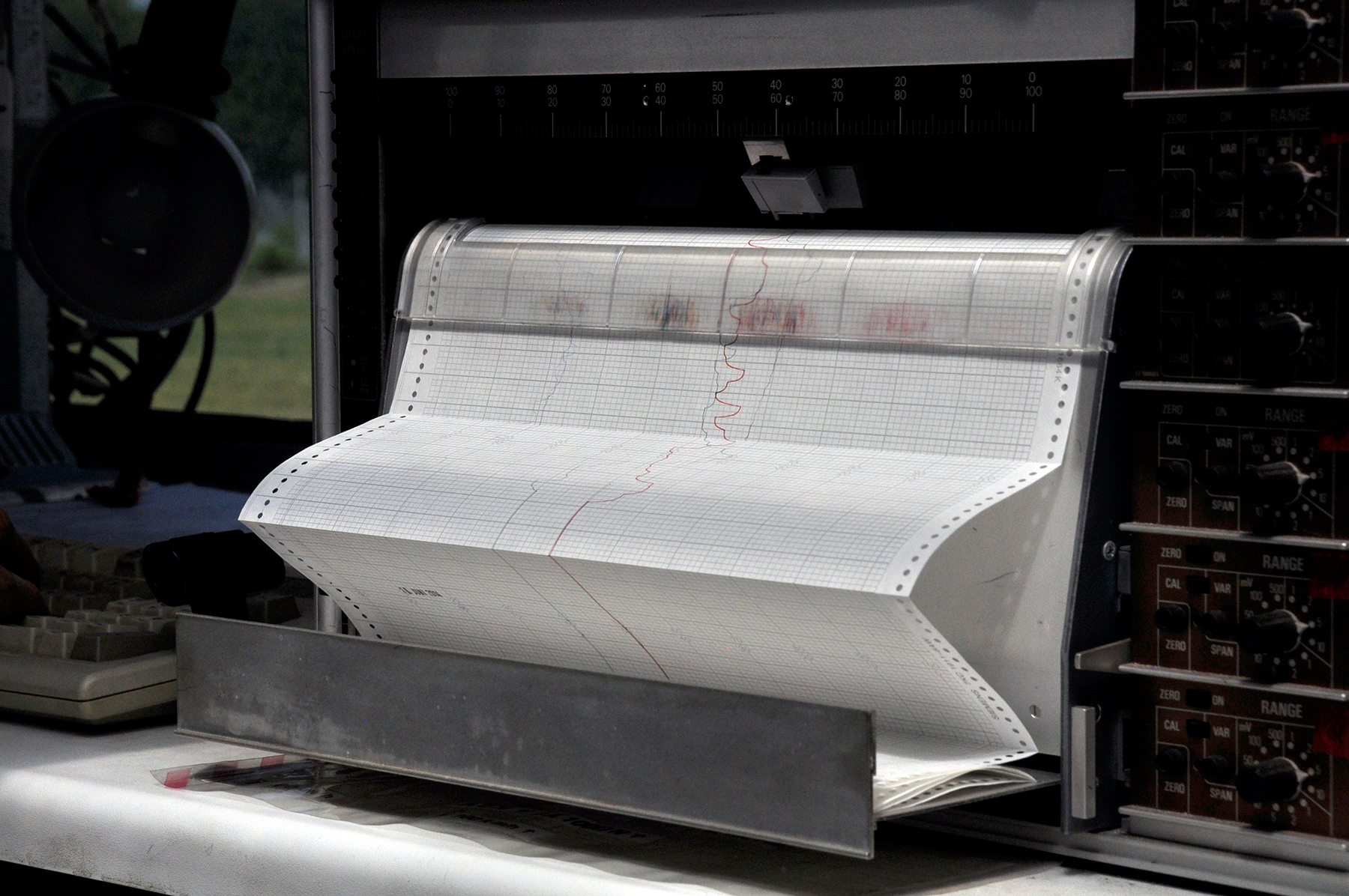 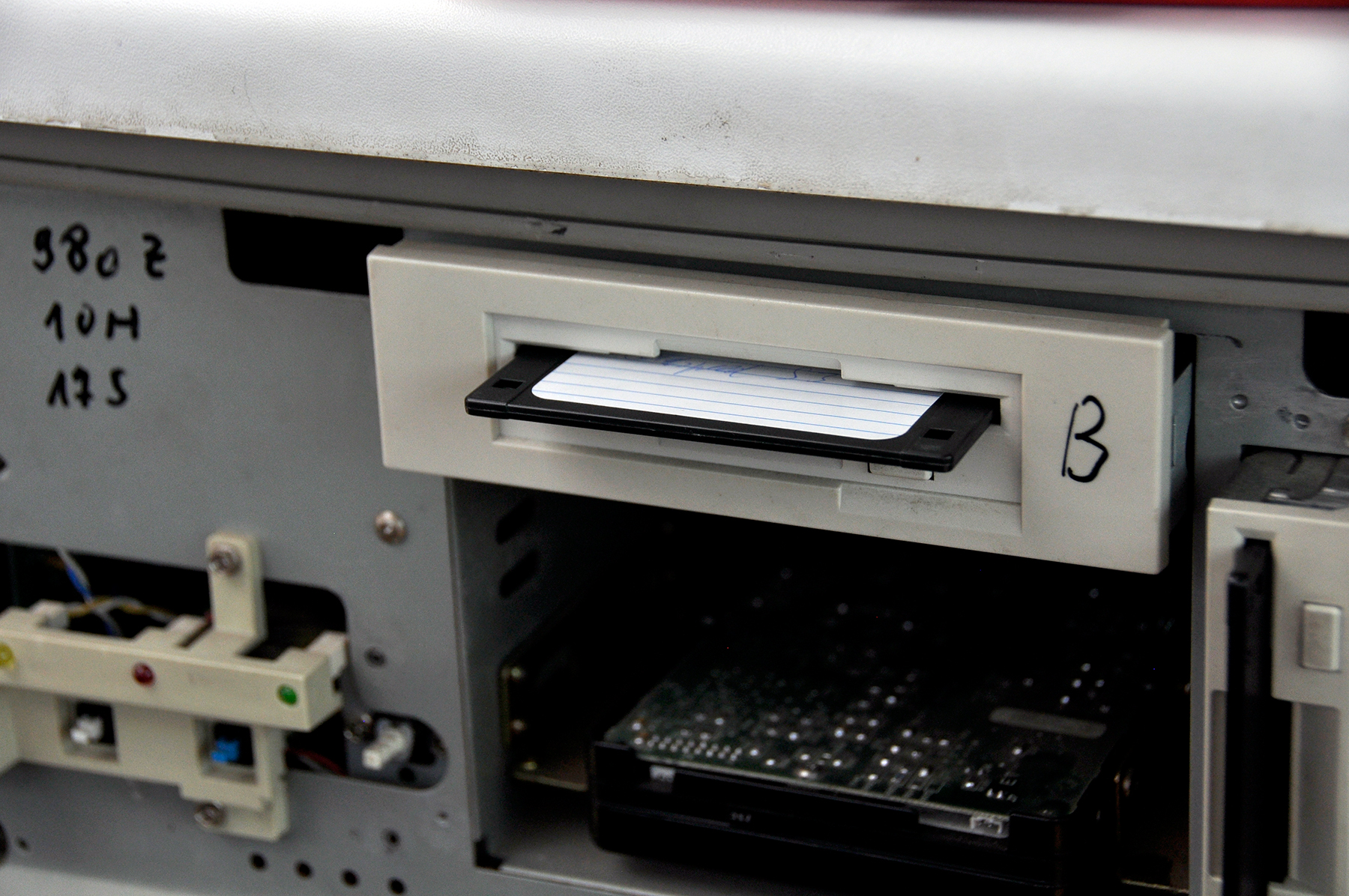 The data goes to the other computer, which is able to integrate it and to give a graph. This one turned out to be comparatively smooth since during this very test the cross wind gusts weren’t strong. On the other hand when the conditions get to extreme for the test, the graph tends to seem like potato costs dependence, which means that you need an appropriate time and winds for making the tests. 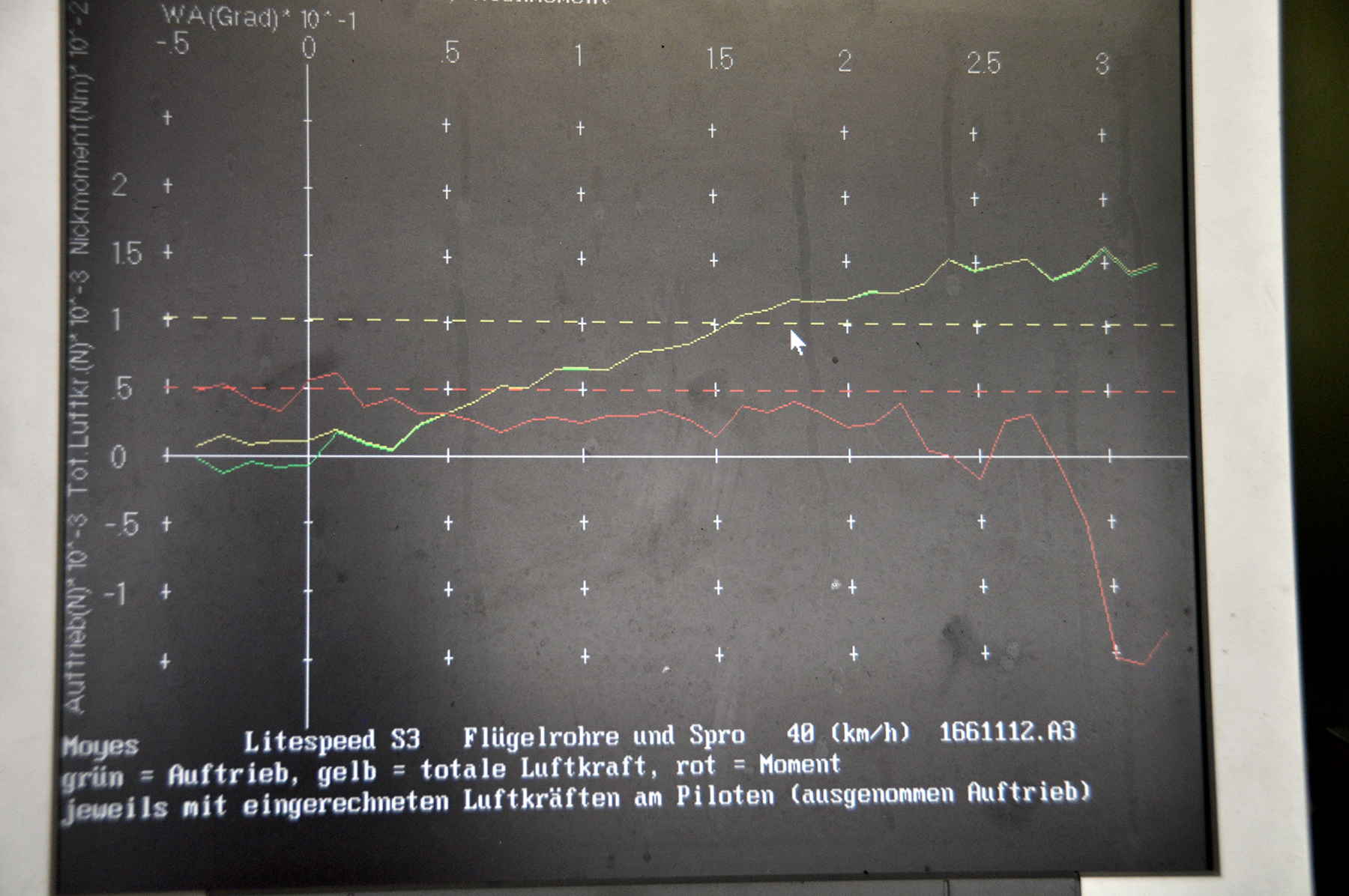 The car, outside view.

The heart feels sorrow looking at the glider tested without VG on 100 kmh. I better not show it here 🙂 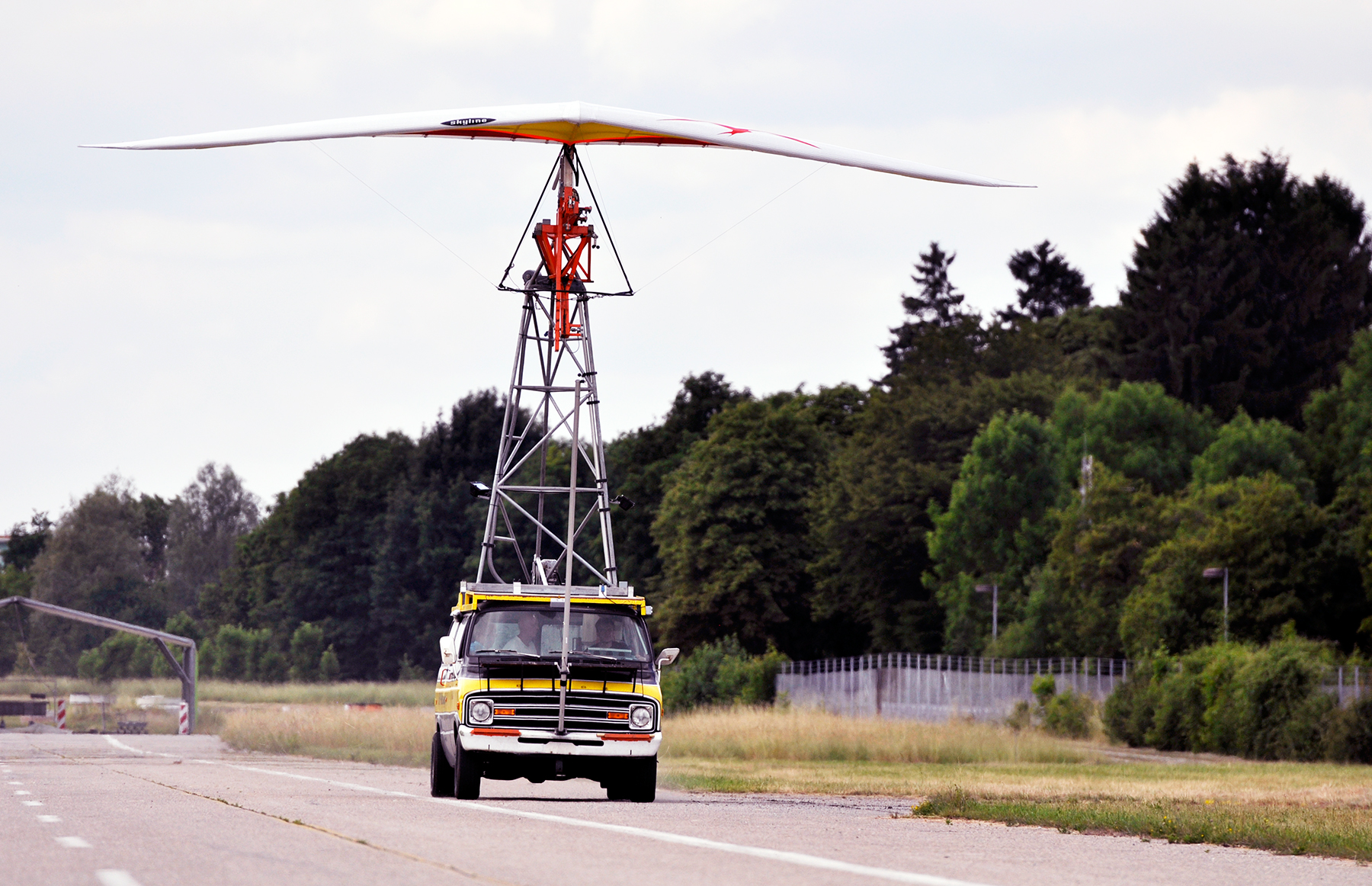 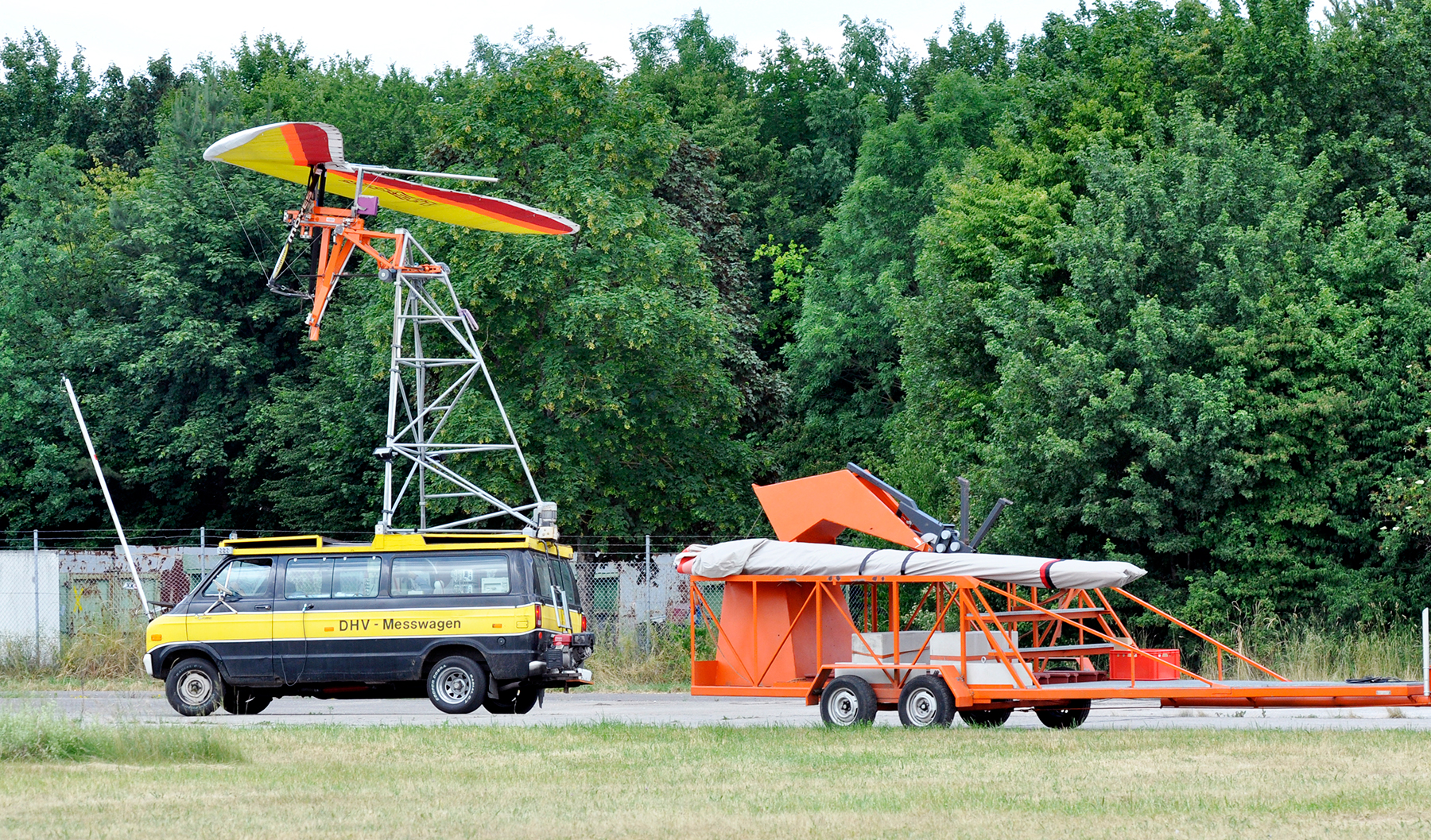 Messwagen means the measuring car in German language. And good that it works because now I have papers for the CIVL guys. 🙂