Yesterday we had a 158 downwind to south with a potential overcast later as the day progresses. Was fair bit of run before the task was stopped due to the showers on the goal and on the sides from the course. It happened at about 105-110 km mark and for instance Jonny was about 5 km behind the leading gaggle at the moment, that screwed up his result quite significantly so he moved to the 4th position making Zac lucky with his 1st place overall before the last task today. Gordon was in the lead by the moment and now sits on 2nd place. Huhu, quite interesting what’s gonna be today! 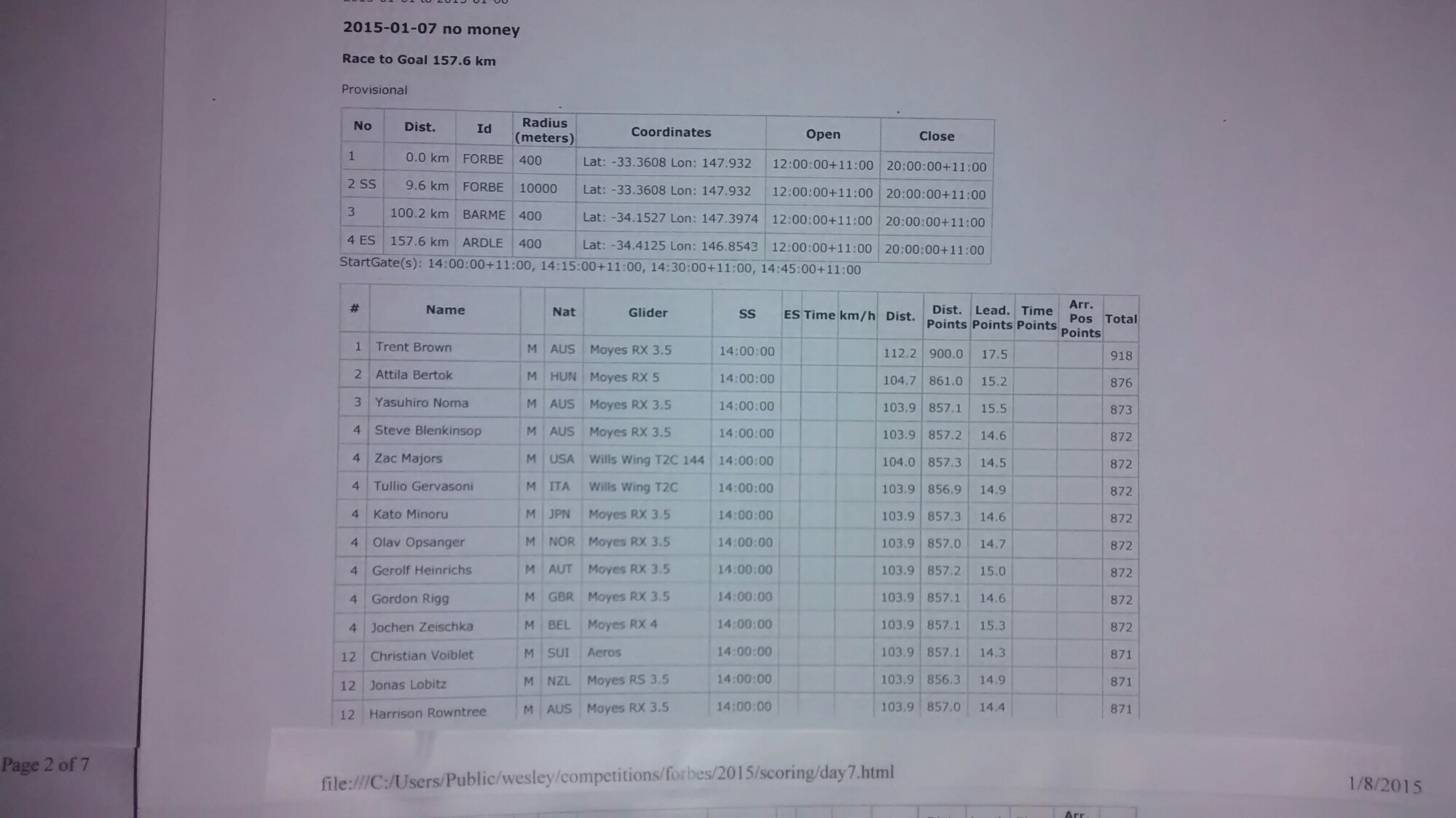 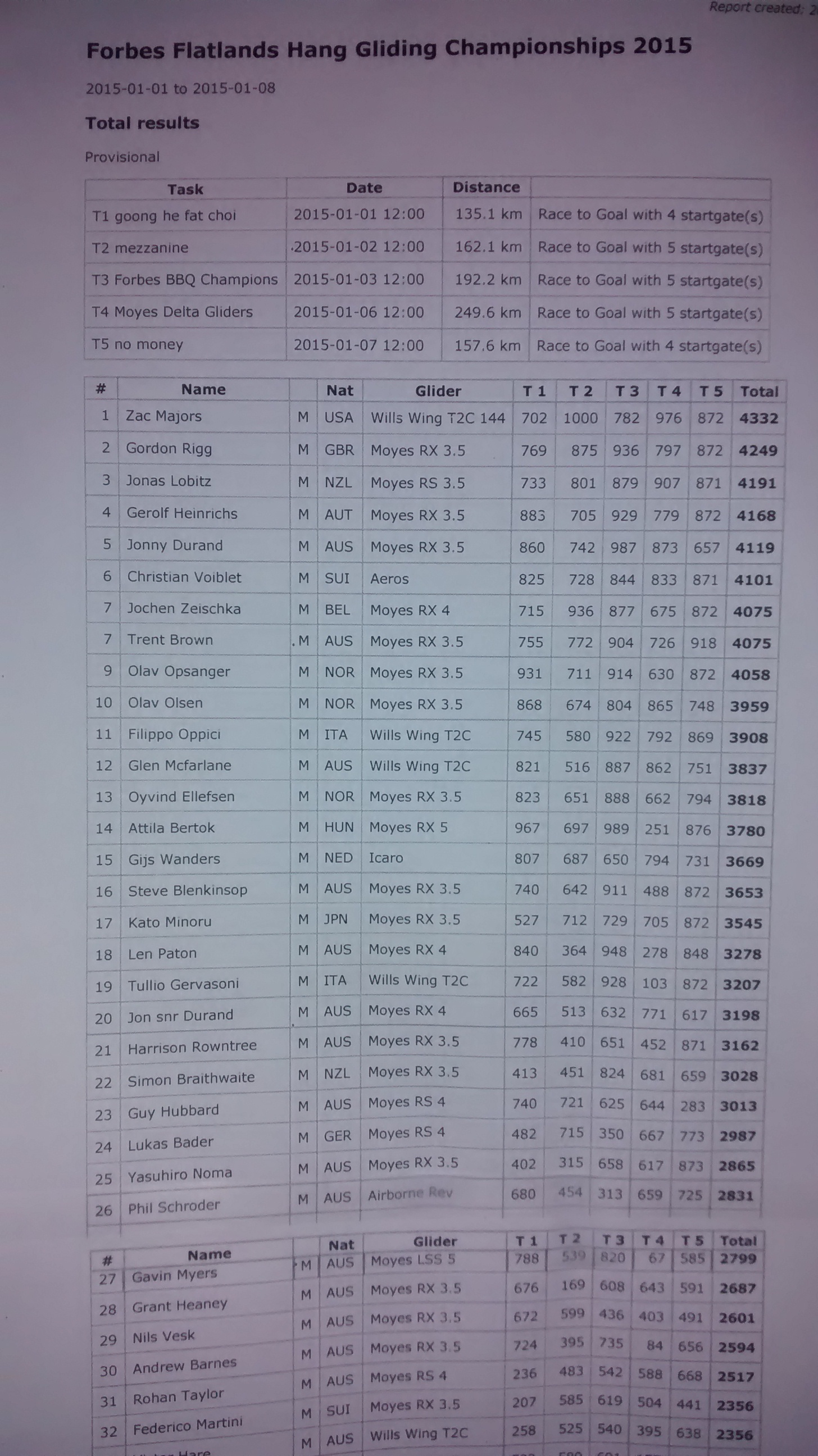 On the side it’s worth mentioning that the glide point rule was not applied for the stopped task. The point is to consider the altitude the pilot was at by the moment of stopping and recalculate it into a potential distance which could be flown from the position. This is now included in GAP 2014 in 12.3.6 section. Meanwhile in this competition the previous version of GAP is used.

Unfortunately today are pretty much the same conditions are predicted, whichbmeans it is very likely to end up with stopped task. Task commettee proposed to have a task which would be stopped by default, however, we voted and amount of people against this proposal was by 2 voices higher, therefore we have a 110 zigzag task hoping to make it before thunderstorms. 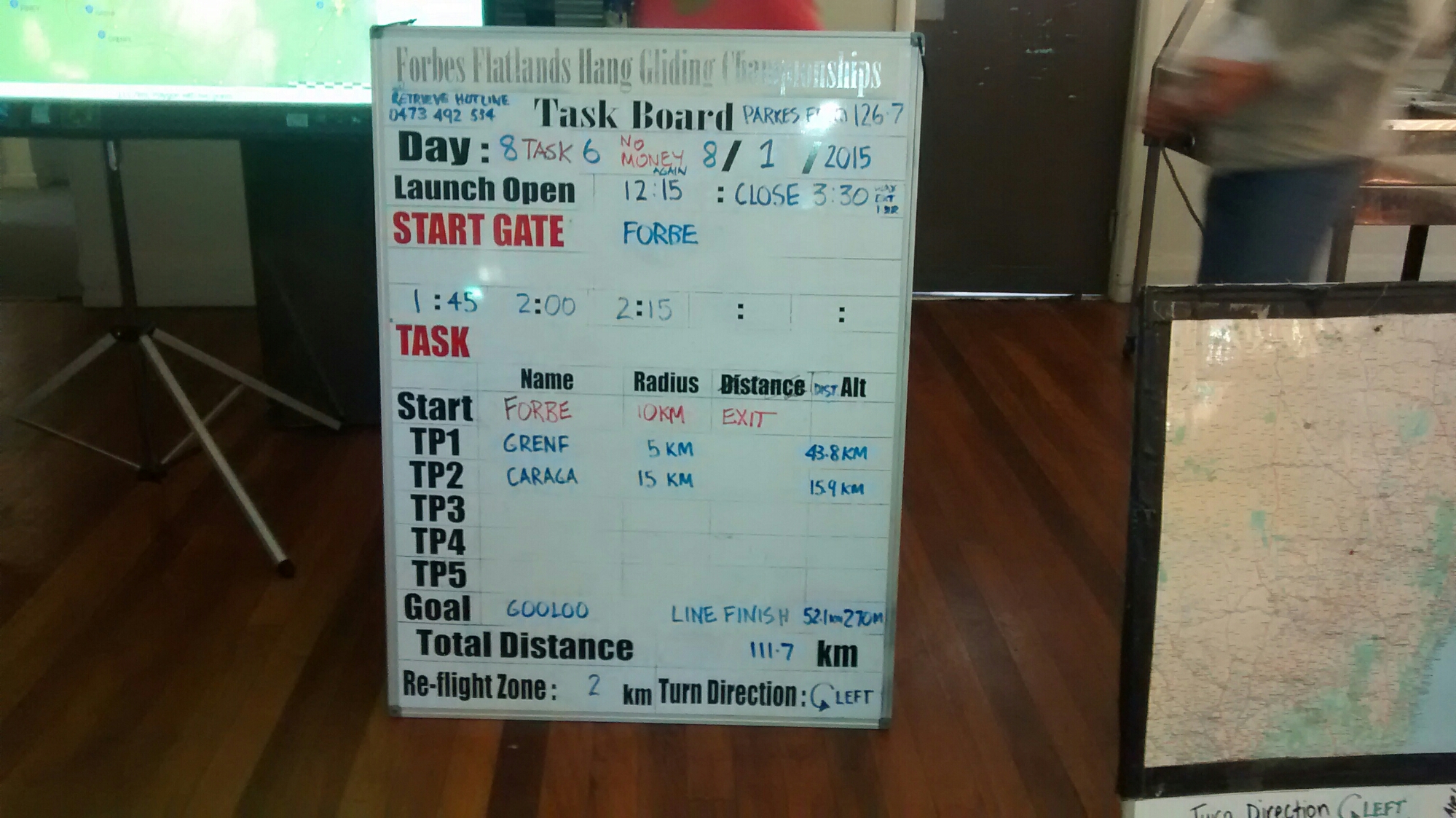